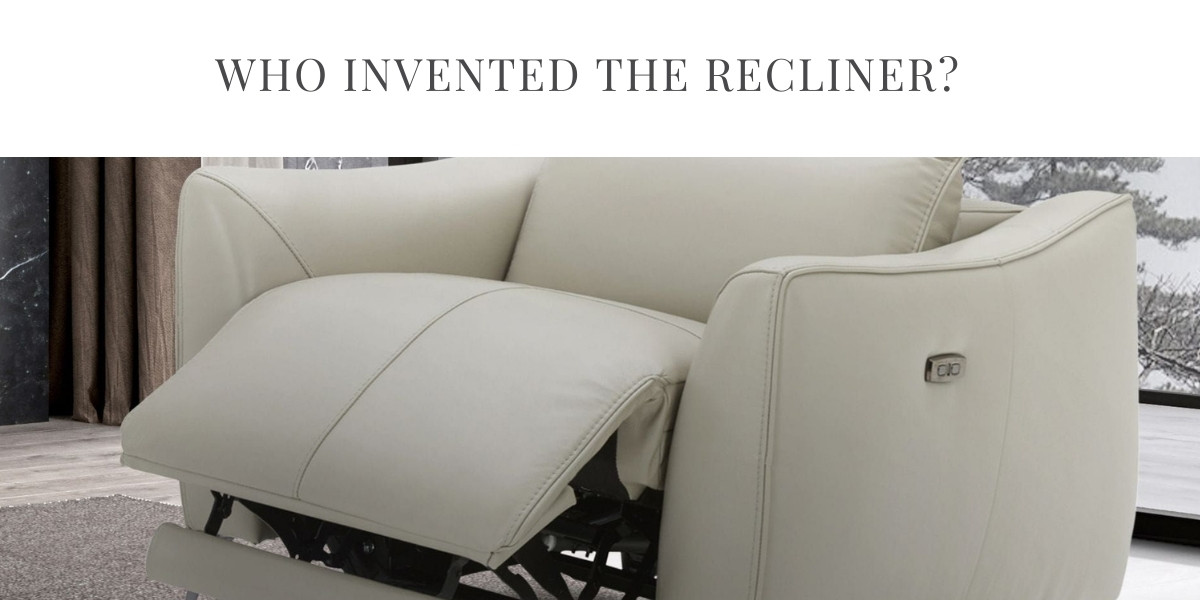 Who Invented the Recliner?

By now, you have probably seen a ton of recliners, and maybe you own one too. But have you ever wondered how far back do the recliners date? Or who invented them?

The word recliner is derived from the Latin word ‘reclinare,’ which means “to lean back, bent back; cause to lean.” The French later modernized the word in the early 15th century, and it meant “to rest or lay back.”

History indicates that different recliner versions already existed before the first recliner was made. Ancient Egypt consisted of wealthy people who owned chaise lounges or daybeds as depicted in paintings from their time. You must have come across a painting of a wealthy man resting in a laid-back chair eating grapes. Sounds familiar? So, who thought of making the first recliner if it was not the Egyptians?

Although not officially recognized as a recliner, the first-ever version was invented in the 1790s as an adjustable dentist chair with a headrest. This chair later evolved into a more complex model that could move the patient up and down while fully reclined in the early 1800s.

Around the 1850s, the French military designed a chair to be used in camps to serve as a chaise lounge and a bed. It was developed to be portable and had armrests. Napoleon III, the nephew of the French emperor Napoleon Bonaparte was reported to own one such recliner, which functioned a lot like the recliners we have today.

Moving forward to the late 1920s, two American cousins, Edward Knabush and Edwin Shoemaker, were issued a patent for the wooden bench recliner chair. This version was a simple recliner that became known as the traditional recliner chairs we have today. In 1930 they patented an upgraded model which allowed people to lean back with the help of integrated levers in the chair.

It should be noted that the American cousins were not the first to develop a recliner as some people think they are, but they were two of the first few people who played an important role in getting recognition for the chair. In 1947, the cousins worked to integrate a new feature to allow users to rest their feet while they leaned back: the footrest. This new model for the recliner chair became famous and was known as the standard recliner.

In 1968, a massage therapist, David Palmer, invented a recliner-like chair that massaged all the knots away from the user’s back. It was not exactly like a recliner, but it made way for the invention of robotic recliner chairs founded by a Japanese company called Fujiryoki in 1954. These robotic massage chairs are a staple in Japan, and almost 20% of the households there are estimated to own them.

Knabush and Shoemaker continued designing and introducing more products based on the popularity of their recliners, and eventually, the company that was founded because of recliners started making their own stationary furniture by 1983.

The influence of media

Recliners gained more popularity when, in 1971, an American sitcom called ‘All in the family’ featured a character named Archie Bunker, who sat in a pale-yellow recliner throughout the show. In the 1990s, the public’s favorite sitcom Friends featured two of its main characters, Joey and Chandler, obsessing over their matching recliners.

Recliners come in all shapes and sizes. They can be big and bulky or small and sleek. Recliners nowadays come with many different features, including a USB port for charging your devices while you sit on them, WiFi connectivity options, an inbuilt massager for your back and legs, lumbar support, cup holders, food trays that you can pull out, and coolers in the armrest for your drinks!

Recliners went from being the biggest piece of furniture in someone’s lounge that often did not go well with the house’s aesthetics to being sleek, lean, and sold in different exotic materials to match the rest of your furniture. The frames are made from different kinds of wood. Some are so expensive that each recliner costs up to $10,000! The covers are made from various leather or fabric options that give new identity and meaning to each type of recliner.

Should You Buy a Recliner? Is It Really Worth It?

When it comes to furniture, there are a lot of options out there. But when it comes to finding the perfect piece to relax in, there’s really only one option: the recliner.

But is a recliner worth the investment? Let’s take a look at some of the pros and cons to help you decide.

So, should you buy a recliner? Ultimately, the decision is up to you. But if you’re looking for a comfortable, stylish piece of furniture that will offer support and relief, a recliner may be worth the investment.

How much does a modern-day recliner cost?

Prices of recliners can range anywhere from $400 to $3000 depending on the quality and reputation of the brand you have bought from.

What should I look for before buying a recliner?

It would help if you looked for the space available in your house, your height, and the number of people who will use the recliner. You should also decide if you prefer manual or power recliners and the kind of fabric you want.

What can I use instead of a recliner?

You can go for a chaise lounge, a fainting couch, or a zero-gravity chair.

When did recliner chairs become popular?

The truth is, recliner chairs surged in popularity during the 1960s. In fact, they became so popular that renowned names like Bing Crosby started getting featured in ads.

Who invented the Lazy Boy recliner?

Edwin Shoemaker and cousin Edward Knabush bestowed the world with the first Lazy Boy recliner in 1927. It was a simple wooden chair, originally known as the “La-Z-Boy.”

What was the first recliner ever made?

It’s reported that Napolean III owned the first recliner. It was the patented wooden bench recliner model created by Shoemaker and Knabush, which later became the framework for today’s modern recliners.

Is lazyboy made in China?

No, Lazyboy is not made in China. Instead, La-Z-boy is a global manufacturer with several branches worldwide, including in North America and Europe.

The evolution of recliners has been nothing short of phenomenal. Each one has had something unique about it, from bulky recliners to slim, aesthetically pleasing ones. But no matter the recliner’s era, design, size, or color, they have always provided optimal comfort, as proven by the recliners’ history.

© Copyright 2023 All Rights Reserved by ReclinerAdvice